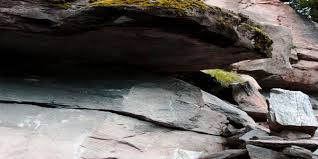 Arjun Gufa is located on the left shores of River Beas. It is about 5 km from the heart of Manali Town. Prini Village of Manali is the nearest village to this Gufa(cave). Arjuna Gufa has the association with the Hindu Epic the Mahabharata. Arjuna Gufa is considered as one of the most interesting places of interest in Manali. Those who are especially interested in the Indian Mythology would never like to miss out this interesting cave in Manali that has significant religious and historical importance. The natural beauty of this cave is very appealing.

The hills around, stretches of green meadows and pleasant weather gives unique feeling to one’s body and mind.

The caves near Prini Village got their name from the third Pandava brother, the great warrior and archer, Arjuna. According to the legends, this is the place where Arjuna had meditated and sat for his Tapasya (penance) to get the powerful weapon “Pashupat Ashtra”. After his penance, Arjuna satisfied Lord Indra and was given the weapon by Lord Indra.  There is a lake named Kunt Bhayo Lake and a temple named Kunti Mata Temple about 2 km away from the cave. The temple and the lake have been named after Devi Kunti, mother of elder three Pandava brothers.

Other Tourist Spots near Arjun Gufa

For the tourists, there are many other places of interest around Arjun Gufa. Once they reach the town, they can plan out their sightseeing program accordingly. 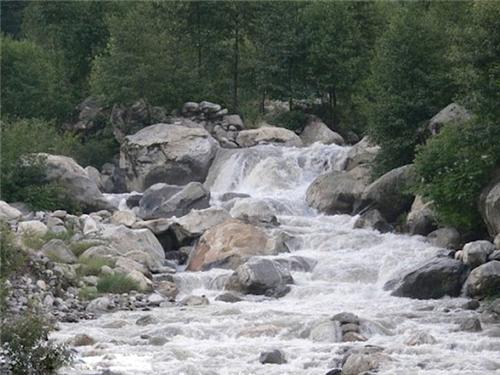 Rahala Falls is one of the places that visitors must visit while they plan to go to Arjun Gufa.

How to Reach Arjun Gufa

Manali is well approachable by all means of transport –air, road and rail. The nearest airport to Manali is the Bhuntar Airport which is about 50 km from Manali. The airport has regular flights to Delhi and Chandigarh. Passengers can book taxis from outside the airport and reach Manali. Buses are also available but taxis or private cars are the most comfortable.