The culture is that inset beauty and heritage of the place that defines it. Manali has a very rich culture that is full of diversity. It has the typical Himachal effect to it of course, but there are also a number of other cultures such as Italian and Israeli, that have a major inspiration here.
A land of various languages, cultures, communities coming together to form a beautiful amalgamation of different religions and ethnicity. One of the major aboriginal tribes affecting the culture of Manali is the Kinnaur community. They have influenced the food, the clothing and the language of the local people in the vicinity. The Gujjar community has a major influence as well. They are known to be a wanderer’s tribe in the region and they also have an influence on the food, the clothing and the dialect of the people of Manali.

The valleys of Kullu-Manali each have their own tales to tell. Folklore and songs that are mesmerizing, scenic beauty unparalleled, Manali is a place where you will actually start feeling connected to God.
The place has a number of temples dedicated to different Gods from various religious backgrounds. People from different parts of the country as well as world over come here to celebrate this diverse culture and praise the Gods in their own distinctive manner. 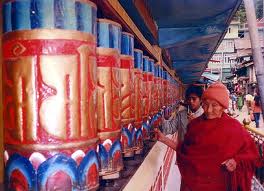 Manali is home to a number of monks. There are a number of monasteries set up here for guiding the monks to the true sense of life. Craftsmanship is inborn here and people make most of their revenue from making woolen garments as well as other articles of handicraft.

Manali is also rich in its flora and fauna. The forests mainly consist of Deodar, Maple, fir and apple trees. There are a lot of wild animals found here as well. Mountain lions, snow leopards, black bears and so on. Cattle of the hilly regions have adapted so well with the surroundings that their bodies have also evolved accordingly.

It is really enriching to see what Manali is in its true sense and this is why it is one of the most amazing places to visit in the country.