If the Himachal Pradesh State is known as the Land of the Gods, the Manali Valley is known as the valley of Gods. Every temple and many places in Manali are associated with a legend or the Indian Mythological stories. Located near northern part of Kullu Valley, Manali is located on the high attitude of 1800 meters above the sea level.  The name Manali itself is derived from the Manavalaya that is abode of Manu. As per the Indian Mythology Gods and Manu, the original Hindu lawgiver found the refuge in this valley after the great flood.

There are lot of religious places such as temples and other monuments in Manali which are associated with different legends and history. Today, also people visit these temples and monasteries and offer their prayers.

The ancient Manu temple is located in old Manali, near the main bazaar. The temple is dedicated to the Manu Rishi, who is believed to be creator of human race on this planet. Countless devotees visit this place every year. As per the legend, Manu saved seven sages and holy Vedas from the great flood and found refuge in Manali. 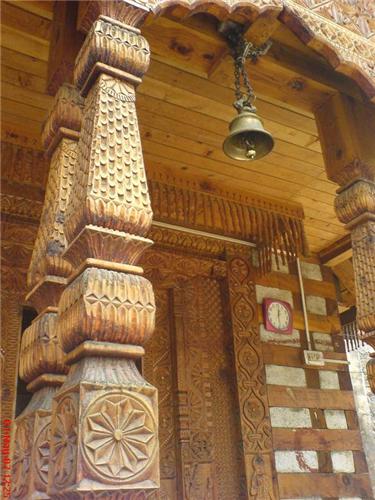 The temple is open on all days from 8 am to 6 pm for the devotees.

Built in 1460 AD, Naggar Castle is located at Naggar Town in middle of the dense forested hill. This castle is an impressive combination of Himalayan and European architecture and served as the residence of the Raja Sidh Singh who ruled Kullu valley. The construction of the palace has been done with the wood and stone. The castle is impressive with the fitting staircases, wood works and the beautiful fireplaces. There are 2 small shrines in the interiors, which have immens3e significance for the people. 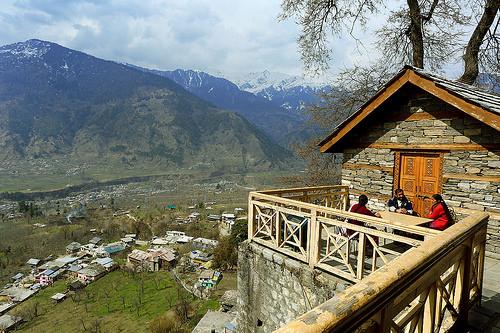 You can also see the incredible paintings of Nicolas Roerich, who was a famous Russian Painter. Today, this palace has been converted into an spacious hotel by Himachal Tourism, where people can stay in royal splendor.

Manali has various Tibetan monasteries, which are the guardians of the rich history and culture of the Tibetan people who have settled in Manali. These monasteries also serve as the places of worship.  The two monasteries which are very popular with the people are Himalayan Nyingamapa Gampa and Gadhan Thekchoking Gompa. 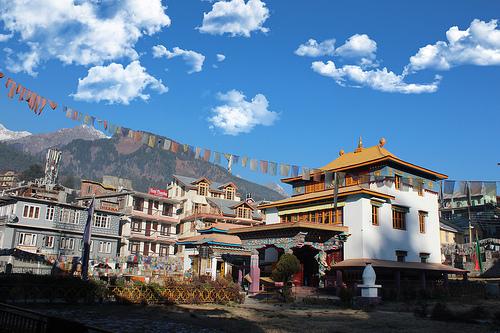 Here, you can also shop for the beautiful Tibetan handicrafts.

Hadimba Devi is known primarily as the wife of Bhim and Ghatotkach’s mother in the enduring Indian legend, Mahabharata. The Hadimba Devi Temple was built in 15th century to commorate her role in Indian Spiritual Epic, Mahabharata. This stone and wood temple is very simple and built on a stone platform. The temple is located in a very dense cedar forest, which adds to the earthy appeal of the temple. 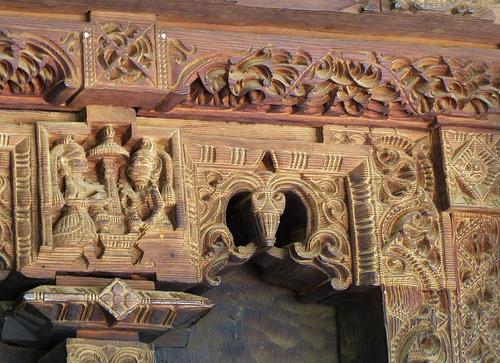 Thousands of devotees visit temple for worship every year. You can purchase various types of handicrafts inside the gate of the temple in very reasonable rates.

This temple is dedicated to Mahrashi Vashisht and the local deity and is located on the bank of Ravi river. The temple is made of stone and word works. It also showcases some beautiful wooden carvings. The main attraction for the visitors is the hot and therapeutic springs which are cemented and piped for the public baths.