It was a day in late June 2014. I had come to Manali on our annual family vacation and we were done. We did loads of sight-seeing, shopping feasting of European style food and even Paragliding. When a holiday draws to its end, its usually irritating to find that plans are changed at the last moment. However this is exactly what happened to us when our tickets back home to Delhi were not confirmed. 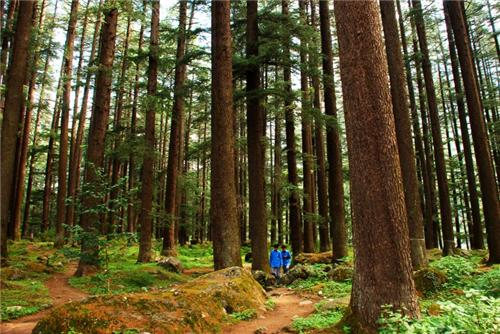 We eventually managed confirmed tickets for the next day but since we had assumed that we have “seen” worth seeing in Manali; filling up the extra time now seemed like a liability. This is when our hotel manager advised us to pack a picnic hamper and spend a day in Nature Park Manali. In retrospect it was the loveliest day in a long long time for us…

A Walk to Remember

Nature Park divides Old Manali from Manali New Town as it stands bang at the center. The Park begins its emerald stretch from the Auto Junction of Mall Road and extends till the Old Bridge of Manali. The total area is of 3 km and we decided to spend the day walking about in the park and exploring the flora and fauna. For starters let me say that Nature Park is not actually a Park. It’s more of yards of undisturbed greenery untouched by artificial beautifying methods as found in ordinary Parks. The Park is almost entirely filled with the most luxuriant Deodar forests found in the entire of Manali. The River Beas and the Manlasu River fed the Park well as the Deodars had thick shiny leaves. 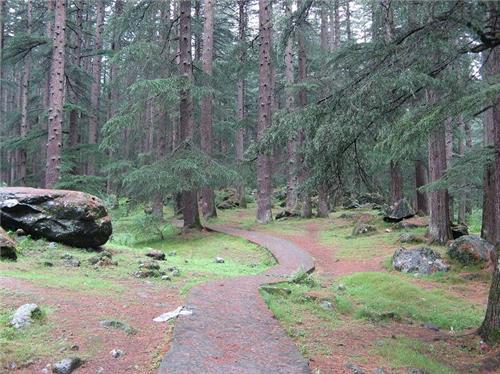 This was a perfect lover’s paradise and made me and my husband wish that we had come here earlier on our honeymoon trip some 7 years back. Sunlight streamed in through the canopy of Deodars and lighted up the inscriptions made on their barks by several love struck couples who had seemingly tried to immortalize their love on the trees.

People of Manali hardly seem to care about this Park as we only saw two people (a love struck couple again) there except us. We had brought our own stack of old newspapers, a picnic hamper containing waffles, pasta and pancakes and a steaming thermos of coffee. The spot we selected for our family Picnic was the fringe f the Park which faces the river. The Vashisht village was clearly observable from there. Small furry rabbits and naughty squirrels darted by as the kids tried to feed them crumbs of food. We already knew there were no large animals in the Park. After feasting on the contents of our hamper we listened to some soulful music on my mobile taking advantage of the absolute solitude of the place. 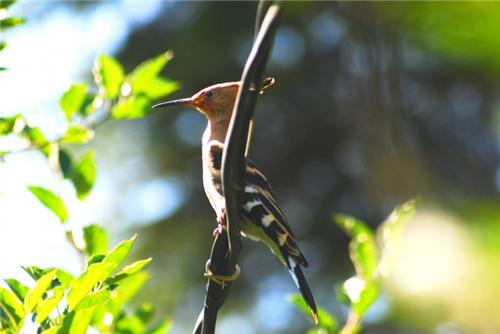 Some animals we caught sight of were a couple of golden spotted deer and loads of mountain goats. Robins flashing by on the branches of Deodars made us wish that we had brought our bird watching Telescope along. Sunlight caught the moss covered stones on the ground and made the entire place seem like a set from the Lord of the Rings. After a while we lost ourselves in the beauty of nature and it was with a heavy heart that we retraced our steps as the sun began to turn westwards.