Manali is a land of various religious places that people come to visit, with all their faith from different parts of the nation, as well as enthusiasts from the world over. Himachal Pradesh, which is also known as Dev Bhoomi, is a land of Gods in the true sense. It’s been said that the Gods used to go to these far off mountains to meditate and acquire their true form. Even so, many sages, monks and even common people have found true solace and the way of life, in the quiet laps of the snowy mountains that have a direct connection with the heavens above.

When you visit Manali, there is absolutely no way you can overlook these religious spots and not pay your respects there. Right when you enter the town, you will know what I mean, because there are small shops that sell offerings for the shrines and you can pick up things from there, to offer to the Gods. 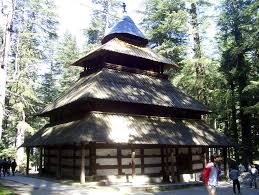 It is a Pagoda type temple and visitors from across the world come here to learn about the rich religious heritage of the place, as well as to gain blessings from the temple.

Most of the local couples get married here, so this makes it a very important location in that sense. Climbing up some difficult steps to get here, you will be truly able to appreciate the beauty of this temple, amongst the dense forest area in Old Manali. Pictures from here will be ‘keepsakes’ for life.

Situated amidst the twin Hill stations of Kullu and Manali, the Maa Sharvari temple also holds immense religious significance. Just above the Shaminallah village, this temple is merely 5 km away from the main market area. When you visit this place, you are sure to experience its purity and serenity and the quiet of a place of worship where a million stories are written each day. The deity of Goddess Durga is worshiped here and there are special festivities offered on occasions such as Dusshera. The Valley below is a sight to sore eyes and after completing your ‘darshan’ you can simply stand here for a while and let the beauty sink in.

Another religiously significant temple in the vicinity, the Krishna Temple, which is quietly seated amongst a thick span of deodar trees, is must visit place while you are in Manali. Created back in the 12th Century, this temple is beautifully carved in ancient stone. The architecture is of the ‘Shikara style’ and idols of Lord Krishna, Radha as well as other gods are placed in the temple. People from different states of the country come to visit the temple with a lot of faith.

Situated at a convenient drive from Manali, the Manikaran Sahib Gurudwara as well as the temple are also one of the most visited religious spots in the vicinity.  A major importance in the Sikh mythology, the Manikaran Sahib Gurudwara is a place of worship, where people come in flocks, literally. There is a Gurudwara and a temple situated in a conjoined form and people visit here, to cleanse themselves of their malice and leave the mountains, free from all tensions and worries.

A major specialty this is the hot water springs that are naturally formed here. In the Gurudwara, people bathe in these hot springs, whereas in the temple, people cook food by lowering it in these natural springs. When you enter the temple, you will see a huge, beautifully carved structure of Lord Shiva, doing the famous ‘tandava’. A lot of people have tattoos inspired from this dramatic pose.

The temple and the Gurudwara are situated just near the river and the bridge that leads you to this place is also a sight, with religious flags decorating it, against a scenic wonder of mountains.

Other Famous Temples in Manali 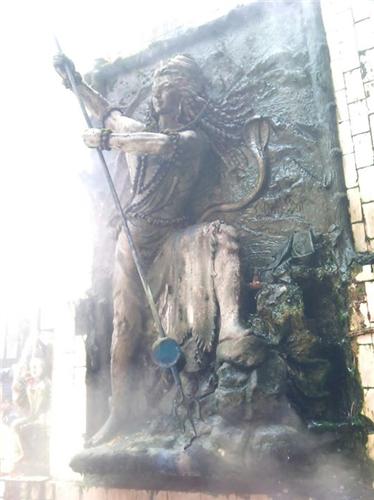 This temple is situated in the Kullu Valley close by to Manali. It is situated at an altitude of 2460m and it requires a dedicated trek of about 3 km. It is basically known for the famous ‘Shiva Linga’ that forms here. Every time lightning strikes, it tends to crack it and it has to be restored.

This temple, also dedicated to Lord Shiva, is situated in the Jagatsukh village. Besides a glorious temple here that was built back in the 8th century, this place is also known to be one of the best bases for trekking in the area.

At 6 kms from Manali, across the Beas river, Vashist is another major highpoint of the area. There are a number of temples here such as that of Lord Rama and the main Vashist Temple. It is located in the Vashist village that is a serene and calm area, full of warm local people who tend to welcome visitors with a smile. It is usually crowded during the main ‘peak times’ of the year.

Situated merely 4 km from the main town of Manali, Arjun Goofa is a place of religious s well as tourist importance. It is basically the cave where Arjun meditated to achieve his skills. It has a pretty scenic background to compliment it. People usually plan a ½ day excursion trips to this place, rather than just stopping by.