Right from the movies of decades back like Heena, released in 1991 starring Rishi Kapoor, Ashwini Bhave and Zeba Bakhtiyar to the recent block-busters like Yeh Jaawani Hai Deewani (released in 2013), cinematography of Bollywood movies have reached to a different height with picture perfect backdrop of Manali. Movies shot in Manali have got upscale in visual aesthetics.

The pleasant atmosphere throughout the year and wonderful places around has made Manali a favorite choice for the Bollywood movie makers. Movie makers of Bollywood have started replacing overseas favorites like Switzerland and Australia with Manali.

Tourists visiting Manali never miss out any of these shooting spots from their Manali itinerary as they want to experience the fun of visiting these picture perfect shooting spots that they have watched in different Bollywood movies. Here is the information about various movies and their sequences shot in Manali and its surrounding areas.

Shooting of Hindi Movies used to be done during the era of black and white movies also and recently the trend has increased. The gleaming waterfalls, placid lakes, ancient monuments and religious shrines of Manali have made it one of the favorite places for shooting. Spots like Hadimba Devi Temple, Rohtang Pass, The Mall and Solang Valley are the places that have been used as shooting point for most of the Bollywood movies. Lets go for a short Bollywood trip and cherish our filmy memories once again… 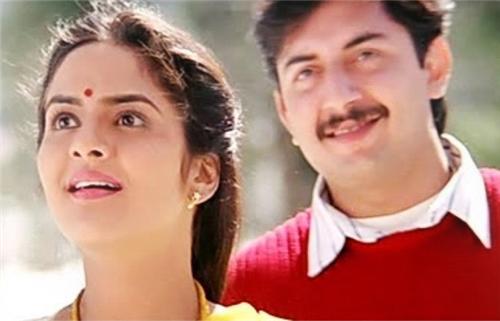 "Arvind and Madhu in Manali for the movie Roja"

One of the most visited religious shrines in Manali is the Hadimba Temple. This ancient temple of Manali has the main deity as Hadimba Devi. Located very near to the bus stand, the temple is also visited by hundreds of locals every day.

Who could forget the terror-creating scene of one of the hit movies Roja starring Madhu and Arvind when Arvind, who played the role of Madhu’s husband was kidnapped. Many scenes of this movie revolve around this age old temple Hadimba Devi Temple.

The recent one is still fresh in everyone’s mind. Ranbir Kapoor and Deepika Padukone in the movie “Yeh Jawani Hai Deewani”; have been seen expressing their views about marriage at the backdrop of Hadimba Temple. Rahala Falls near Hadimba Temple is another picturesque spot for shooting. 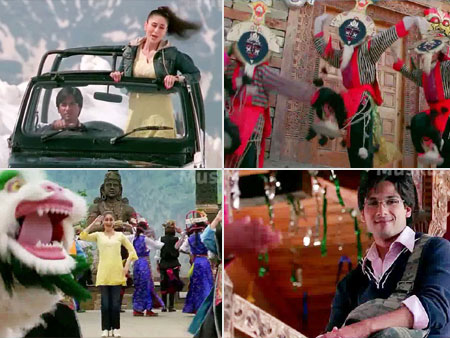 None of the viewers could ever forget the scene where Shahid Kapoor is driving the jeep through  Rohtang Pass and beautiful Kareena Kapoor is singing the melodious song- Oh Rama, Yeh Ishq Haye, Baithe Bithaye of the hit movie Jab We Met (released 2007). The snow covered road dazzles our eyes and the impression and melody of this song still is permanent in our mind. 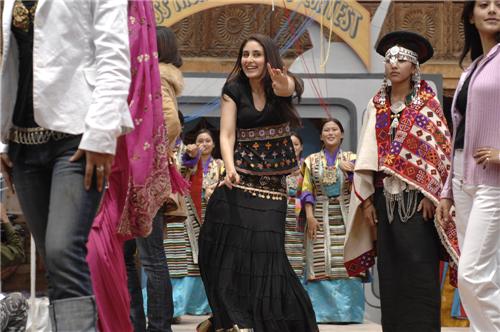 "The colorful song from Jab We Met shot in Manali"

Markets of Manali have also been seen in this movie thus viewers get to feel about the place and become keen to visit this awe-inspiring destination of north India. Beas Kund is an other very hot favorite shooting spot for Bollywood movies. 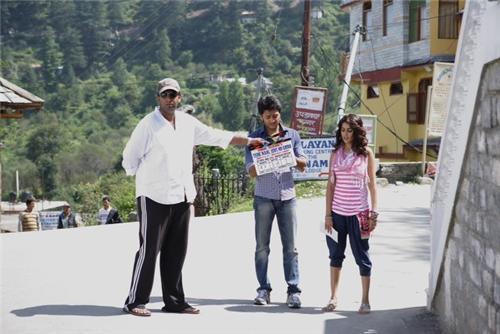 Chandiyari located at the banks of Beas River is the place where the song Aankhon Se Tune Ye Kya Keh Diya of hit movie Ghulam starring Rani Mukhejee and Aamir Khan was shot. Classic movies of 60s and 70s, many of them starring the great actor-star Shammi Kapoor have been shot in Manali.

The movie Raaz - The Mystery Continues (release 2009) directed by Mohit Suri has also many scenes shot in Manali. The song ILU ILU of Saudagar (release 1991) and the song Aap ki Kasam from the movie Aap Ki Kasam (release 1974) have been shot in Manali showcasing the beauty and elegance of this wonderful hill station. 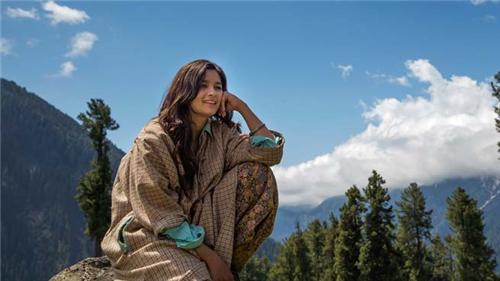 The charm and elegance of Manali remains the same for the movie makers and that is why “Mary Com”, the biopic movie based on the life of famous female boxer of India Mary Com starring Priyanka Chopra has also been shot in Manali. The movie is yet to release. 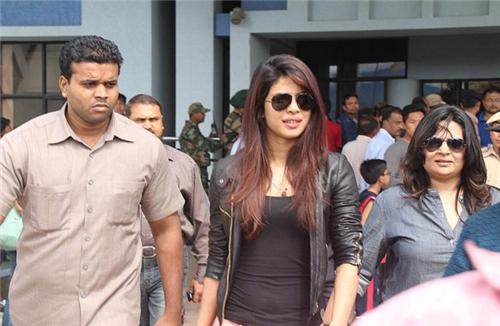 When it comes to relation between Manali and Bollywood movies its really a pair to cherish. The Directors of Bollywood have realized the boost and magic that Manali can add to their movies. This is the reason that starting from 1970s till now Manali has been and would remain the hot favorite for the Bollywood Directors.

We hope that you enjoyed this short Bollywood trip to Manali with us! Read More Here.

Explore more about About Manali