Manali, one of the most known and the most visited hill stations of India has gained tremendous fame amongst the tourists all over the world. Whether it is the ancient monument with significant religious importance or if it is the most popular adventure destination of Manali that is flocked by the adventure enthusiasts from all over the globe, any tourist planning to visit Manali must have fair idea about the tourist spots which they must not miss out during their visit. The places described below will help you to plan out your Manali Tour itinerary better.

The Mall in Manali

The main shopping hub of Manali is the Mall. If you are looking for Tibetan artifacts, Himachali carpets, rugs caps or juttis, famous wood craft of Himachal then you have to come here. Apart from housing numerous hotels and restaurants, the Mall has many shopping zones like the Tibetan Market, Lama Underground, Snow Lion Underground Market, Hong Kong Market, Dragon Shopping Complex, Shangri La Shopping Area, Thai Market and others. 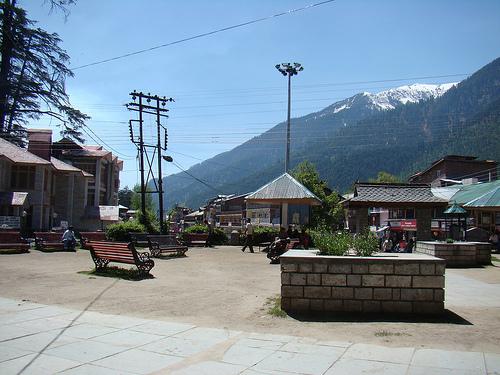 farm5.staticflickr.com/4068/4527627888_371a173fe4.jpg
The Mall Road also houses the state emporium where different Himachali goods are sold. Bhutico Weaver’s Co-operative has its retail store in the Mall where one could the best locally made handicraft items.

One of the most popular places of Manali is the Vashishta Village. The village has quiet surrounding and is preferred by many for its calm and serene environments. The village is famous for its natural hot springs and for the sandstone temples. As per the Hindu Mythology these hot springs were originated by Laxmana, younger brother of Lord Rama. There is a temple dedicated to Lord Vashishtha known as Vashist Temple. There are many other religious shrines dedicated to Lord Rama, Devi Sita and Laxmana.

One of the most ancient temples of north India, Hadimba Devi Temple in Manali has main deity as Devi Hidimba, sister of a demon Hidimb who got killed by Bhima, the 2nd Pandava during a fight. Bhima married Hidimba and had a son named Ghatotkacha, who got killed in the battle of Mahabharata while fighting for the Pandavas. 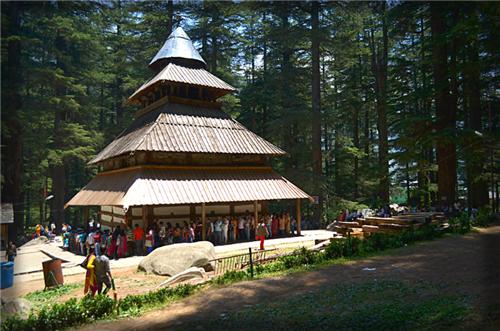 The temple is also popularly known as Dhungiri Temple and is situated amidst the forest, Dhungiri Van Vihar. The temple is about 24 m high and has three levels of square roofs which are covered with tiles made of timber. The roof of Hadimba Devi Temple is covered with metals.

Very close to Solang Valley, Gulaba Camp is a must visit place in Manali for the adventure seekers. It is located about 20 km away from Manali. Gulaba is a popular sight for its exotic scenic beauty and mesmerizing surroundings. One could trek to this camp through the dense forests of Deodar, Oak and Pine. Rahala Waterfall is also situated very close to this camp and is a must-visit for all tourists coming to Manali.

Manali is very closely associated with Buddhism as many Tibetan people had come here and settled down especially due to the political turmoil in Tibet. Manali houses Tibetan Monasteries and visitors keep coming here to experience how the Tibetan culture and rituals are getting followed here. 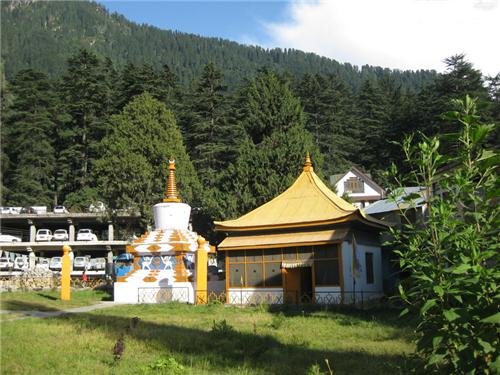 These monasteries also train Lamas and have shops within their premise where one could get different types of handicraft items to buy and gift as souvenirs. The two most famous monasteries are Gadhan Thekchhokling and the Himalayan Nyingamapa Monasteries.

Located about 35 km away from Manali, Marhi can be visited on the way to Rohtang Pass. It is a place with extremely beautiful surroundings and is famous for its road-side dhabas and restaurants. The small plateau is fringed with lush green trees and endless wild flowers. For the visitors who come here during summer and autumn, Marhi is the last stop before reaching Rohtang Pass. During winters, Marhi becomes the transit point where visitors wait till the weather of Rohtang Pass improves.

To visit Manali during autumn and summer is the right time to enjoy the heavenly beauty of the Rohtang Pass, the highest point situated on the road that runs from Keylong to Leh. Adventure seekers keep coming here not only to enjoy the picturesque beauty of this place but also enjoy trekking at a height of 4112 m. During extreme winter, this pass remains closed but visitors can always travel up to Gulaba and enjoy the heavenly beauty around. Rohatang Pass is about 51 km away from Manali.

We have tied to provide you with detailed information about the tourist spots in Manali. We are open to suggestions, feedback and comments.