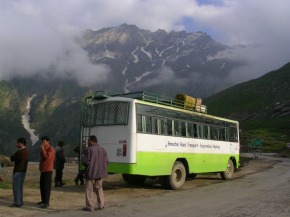 Frequent and comfortable transport facilities within Manali town and its easy approachability from other states and districts have helped in boosting tourism in this quaint hill station of Himachal Pradesh.

Manali is a preferred leisure and adventure destination for the tourists from every corner of India as well as from various other countries of the world.

So, let us explore Manali, but let's first know how can we travel to and fro from here. Read on...

Manali is very well connected to major cities and towns of India through roads. From the national capital Delhi, Manali is only 522 KM away. While you travel from Delhi to Manali, you will pass by places like Chandigarh, Ambala, Bilaspur, Ropar etc. on the way. Regular bus services are available from Chandigarh and Delhi to Manali.

You can travel using a deluxe or an ordinary bus. Deluxe bus services are run by HPTDC (Himachal Tourism Development Corporation), HRTC (Himachal Road Transport Corporation) as well as many private bus companies. Ordinary buses are also run by HRTC between Manali and places like Kullu, Shimla, Mandi, Chandigarh and Delhi. Regular ordinary buses are also there between Manali-Dharamshala and Manali-Dalhousie.

Bus bookings in Manali can be done at the HPTDC office at the Mall. You can have your private bus tickets booked through travel agents in Manali.

As such no railway station is there in Manali. If you want to reach Manali through rail services then you have to reach the nearest railway station of Manali, Joginder Nagar. This station is located at a distance of 50 KM from Manali. From station, taxis and private cars are available and the rent is about Rs.1000. 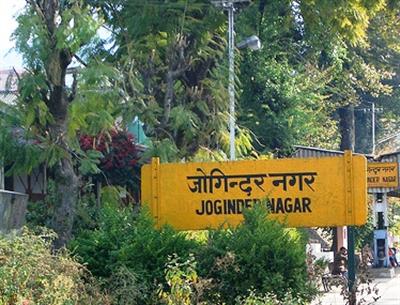 It is possible to reach Manali by air. The nearest airport of Manali is Bhuntar Airport which is about 40-50 KM away from Manali Town. Regular flights from Delhi to this airport are available. Regular flights are there between Shimla and Bhuntar Airlines. Flights become uncertain during unfavorable weather conditions especially during the monsoons. Flight tickets are available through various tours & travel agents in Manali.

With various modes of local transports available within Manali Town, tourists find it easy to roam around within and nearby areas around Manali. Tourists get taxis, bikes and private cars on rent to travel comfortably within Manali.

Local people travel by bus run by HRTC within Manali. Buses remain crowded and tourists may not always find it very comfortable to accomplish their local sightseeing programs by using buses. Buses are cheaper mode of transport as compared to any other means of local transport.

Tourists get plenty of taxis or private cabs to hire. For enjoying the local tour, taxis are the best and the safest mode of transport and they can be used at night as well. For an entire day, taxi rent is about Rs.1500 - Rs.2000.

In Manali, you can also rent bike so that you can easily commute from one place to another and at the same time enjoy the picturesque beauty of this hilly area. The rent for the bikes for a day ranges between Rs.500 - Rs.600.

You can also hire auto rickshaws to roam around within the city but travelling by auto rickshaw is quite expensive. No separate night fare is charged for traveling during night.

To travel in and around Manali, rented bikes are very good options. Youngsters especially the ones who are adventure freaks like to go on for a bike safari from Manali to Leh. Many service providers are there in Manali who offer bikes on rent and if you are planning to stay in Manali for long then you can have you own bike transported through some of these service providers. Royal Enfield bikes of 500 CC or 350 CC are given on rent. Traveling in and around Manali on bike is an enthralling experience. Here are the phone numbers of providers of rented bikes in Manali. The cost of bike rent varies from Rs.500 - Rs.1500 per day (fuel charge not included).